Note: Bit of a glitch with pictures due to IT issues on our website.  Please refer to www.bridport-tc.gov.uk/news/Mayor's Blog Since becoming Town Mayor 12 months ago, almost all of my duties have had to be carried out virtually due to…

9 April 2021   Announcement by the Mayor of Bridport, Cllr Ian Bark:   It is with great sadness that I announce that His Royal Highness The Prince Philip, Duke of Edinburgh passed away peacefully earlier today, Friday 9 April… A consultation on play and recreation at Plottingham Fields, play area Bridport. Bridport Town Council would like to know your views on Plottingham play area that it maintains as part of a review of its facilities. The outcome of the…

The Living Tree Trustees are inviting you to our first Annual General Meeting since becoming a Registered Charity, which will be held on Friday 23rd April at 2pm. We have attached the Agenda for the Meeting along with the… Tom Barnett, originally from Beaminster environs, carved a name for himself in ceramics conducting around 25 ‘Firing Project’ artworks from 2000-2009 across the UK and abroad. These visceral transformational artworks were usually commissions, located in very specific environments. Creative community…

BRIDPORT FOOD FESTIVAL 2021 The Bridport Local Food Group is extremely pleased to announce that the Bridport Food Festival will be happening this year despite the format having to change to allow for managing social distancing rules.   The usual week-long… Lyme Regis Rotary Club are holding a Silent Auction to raise money for four local charities that have struggled to raise funds in the last year due to the pandemic - The Lyme Regis Food Bank; Julia’s House, the children's… The Bridport Area Neighbourhood Plan (BANP) sets out ‘Access For All’ ambitions for the centre of Bridport. The long-term aspiration is to make it easier to walk, cycle and use public transport in and around the neighbourhood plan area, with… 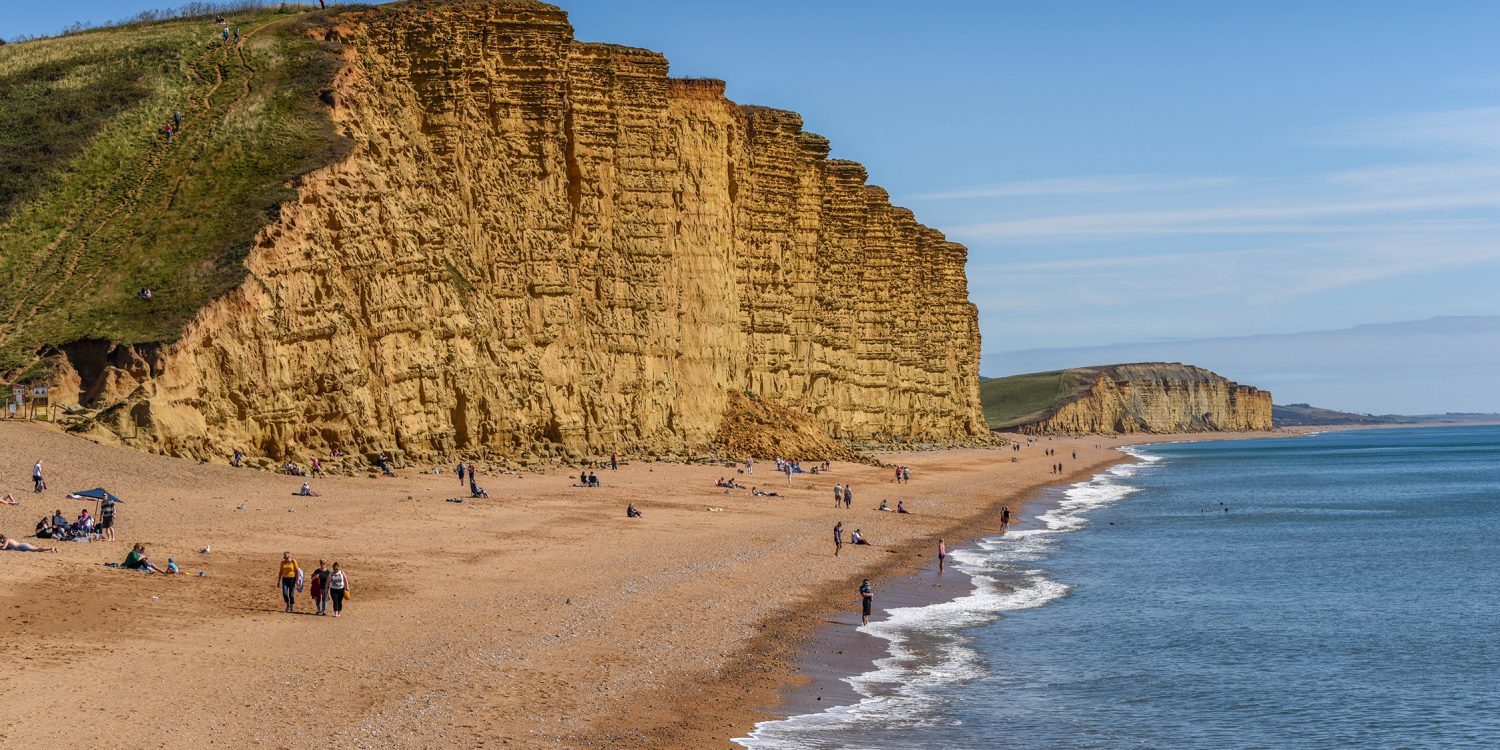 Take a look at a few of the virtual and other events going on... March 2021

Coker Canvas The Textile Industry of the Somerset/Dorset Border Saturday 8th May Starts 2.00pm, Meeting opens at 1.30pm Zoom meetings - not able to

The Textile Industry of the Somerset/Dorset Border

Zoom meetings – not able to meet at Loders

If anyone would like to join any of the zoom sessions, contact Jane jferentzi@aol.com and she will send you the details.

Zoom Meeting only. Not able to meet in the hall.

Those wishing to attend the zoom meeting please contact Jane on 01308 425710 or email jferentzi@aol.com to join the meeting

Connecting with Nature  Thursday 13th May 2021 Allington Woods 10.30am-12 midday An introduction to mindful movement; we will walk around Allington Woods, Bridport, DT6

An introduction to mindful movement; we will walk around Allington Woods, Bridport, DT6 5DR. Please bring your own refreshments, wear sturdy footwear and dress according to the weather forecast. Meet at the Allington Woods gates, opposite bus stop, adjacent to Hospital Lane. Places limited, email Tanya at tanya.remnant@nhs.net to book your place.

Every Thursday 22nd April-13th May

Every Thursday until we can open on 18th May our volunteers will be running an outside stall at the front of the West Bay Discovery Centre.

We will be selling unique and locally-crafted items as well as a selection of second hand books.

All proceeds will go to the Discovery Centre so come down and support us on Thursdays between 1-3pm- we look forward to seeing you!

(Please note- we may have to cancel on days the weather refuses to co-operate!)

Connecting with Nature  Virtual Mindfulness Via Microsoft Teams Thursday 13th May 2021 2.30pm- 3.30pm Join us for an introduction to mindfulness and a nature

Join us for an introduction to mindfulness and a nature visualisation exercise to promote relaxation and mental wellbeing. Microsoft teams can be downloaded for free from most app stores. To book your place email Pam at pamela.goddard@nhs.net

Seeding our Future and Transition Town Bridport will be hosting ‘Open Veg and Fruit Gardens’  to exchange information about what some food growers in Bridport are doing to adapt to climate change. There will be an opportunity for you to visit up to two Bridport venues to talk to the gardeners about the methods and crops they are using to help adapt to climate change, and to share experience and ideas you might have. You can book up to two venues, for ½ hour visit slots.

The event is free but it is essential to book your ½ hour slot to visit up to two of the venues via Eventbrite. A maximum of 6 visitors will be allowed at any one time at any location, socially distanced. Visit at your own risk. Directions will be sent after you have booked your slot.

Costa Rica is renowned for its environmental awareness and it is said that about 5% of the world species are to be found in this one small country.  He was able to capture with his camera many beautiful birds including Scarlet Macaws, Tanagers, Motmots and Trogons, not to mention amazing Toucans!   High in the trees two species of Sloths and Monkeys were in residence.  It is therefore a highly colourful lecture that is full of fun and enthusiasm.   Costa Rica is a warm and welcoming country that leaves you with a real ‘feel-good’ factor.

This lecture reflects the country and is sure to leave you feeling you have had a good time!

21may8:00 pmJazz Cafe at Bridport Arts Centre: The Bossa Nova music of Getz and GilbertoBanish those winter blues with the sultry sunshine sounds of Brazil!

Parisian born singer Véronique Joly started performing live at the age of seventeen, working in the Paris music scene before moving to London in 1992. She has been involved in many diverse projects: co-writing and recording a song for the BBC programme ‘Rick Stein: French Odyssey’, adapting a song into French for Tony Coleman’s drum n’ bass label, Hospital Records and providing vocals for the movie Night Dragon. She sings in English, French and Portuguese.

Saxophonist Terry Quinney has quickly established himself on the British jazz scene since arriving here a few years ago from Canada, As co-leader of the ‘The Sound Of Blue Note’ band he has performed with UK jazz icons such as Nigel Price, Ian Shaw, Alan Barnes and Gilad Atzmon.

Banish those winter blues with the sultry sunshine sounds of Brazil!

Dorset Arts Weeks is one of the largest Open Studio Events in the country. It brings artists and visitors together in ways that are often remarkable and profoundly different from entering a public gallery. DAW is fundamentally as much about engagement between people as about people and art. At almost all venues the artists, designers or makers will be on-hand to help you engage with the work, keen to talk to you about the extraordinary range of materials, skills and traditions that inform their work. However you are involved we hope you enjoy it!

We will be running a slightly different Dorset Art Weeks for 2021! Our postponed 2020 event will now be moving to the odd year and we will be creating a fantastic looking Evolver Supplement and Digital App to make the event more flexible and safe for artists and visitors

Registration for 2021’s event will reopen on the 2nd November and we are welcoming new artists and makers as well as supporting our existing participants to run a safe, socially distanced and more digital friendly event!

If you have any queries or want to find our more please email the Dorset Art Weeks Producer Megan Dunford – megan@dorsetartweeks.co.uk

Davie (Conor Berry) is a dreamer from the council schemes, constantly hustling for his next buck, then losing it on the horses. After a football injury, Davie falls for trainee nurse Shona (Tara Lee) and tries to impress her by running a disco. Along with friends John and Scot, the trio start promoting bands – culminating in a hugely ambitious Iron Maiden gig at the Caird Hall, Dundee. With ambition so grand they go deep in debt with Fergie, a gangster of legendary violence. Davie needs to use every trick to pull off the biggest scheme of his life.  Features a great soundtrack of the era.

It won the Audience award at Edinburgh International Film Festival 2019 and was the fastest selling ticket of the festival outside of Toy Story 4.  (It sold out within  1st week of tickets on sale and in the 450 seater)

from 6.30pm onwards, drop in and come and go